If you happen to be in the Boston area this weekend, check out the Gloucester Grand Prix of cyclocross.... This year they are upping the game with this.
2 comments:


Here's a little tidbit about the sought after Scott Foil, a non-removable chain watcher mount that is part of the frame. The actual shield is attached with a small screw. 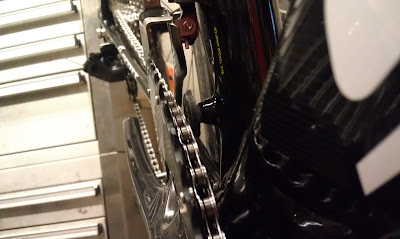 
Nothing says Rockstar like ignoring the need to race well and instead focus on stuffing dollar bills in your pocket..... Here
No comments:


London's bike share program has about 15,000 bikes in circulation.
Last year, only 15 were stolen.
No comments:

Throw thousands of bike loving professionals and enthusiasts into a building for 3 days and you can be sure that lots of things will happen. Interbike is a place and time when countless deals are hashed out, thousands of decisions are finalized, and perhaps millions of opinions are made. Not all of these are positive. We got first hand evidence of that when we stopped by the Lezyne booth to check out the beautiful tools that were on display there. Just as we were looking at media-loved replaceable Y wrenches;

A gentlemen came up and asked to speak to the owner. Instead he spoke to the tools designer and promptly produced this tool from his pocket: 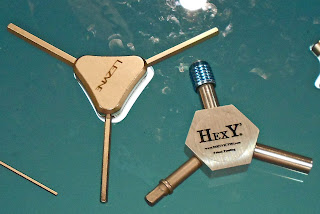 A tool he had developed, patented and was selling "quite a few of" from this website. Although the patent was pending, he still believed that it would afford him some protection in this case and it was obvious that he believed that Lezyne had copied it. He was not aggressive in his manner at all. The conversation took place calmly, although with a certain tension. Nothing of course was decided as more people on Lezyne's side would have to get involved. But it was an interesting example of how one man's innovation is another man's possession.
1 comment: 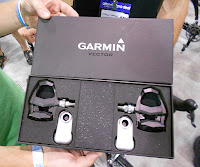 Looking at the facts, features and the cost I have no choice but to choose the Gamin Vector.
The tension was thick between these two booths and it didn't help that they were 50ft apart in a room the size of 5 Walmarts and I was looking to stoke the fires of high-end accessory competition. Muwhahaha!
3 comments:

Day 2 of the indoor show. Here's a quick sampling of what has been seen:


Here is video from the Cross Vegas UCI elite race. Lap 1, the first time up the run-up.

The indoor activities have started and there is much to share. For now, check out the following little gems from the first couple of hours cruising around the Sands convention center.

Rain is falling hard. Wind is blowing harder. Made it thru the Lake Mead group ride without getting hit by lightning. Biggest news so far is Allen Lim' s new drink mix. He has been quietly handing out slick looking packets of the stuff. 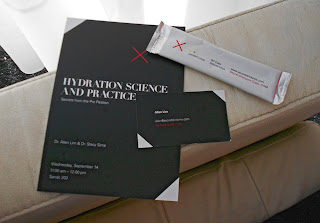 Here are just a few highlights from the first day of Interbike 2011. Look for a in depth report on all the bikes that were ridden soon. 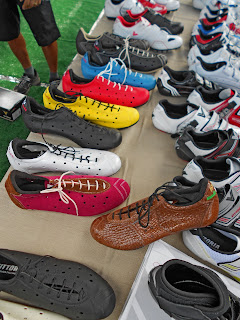 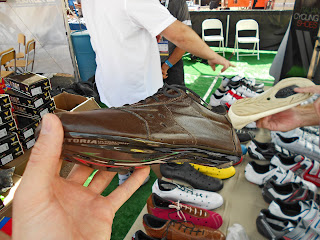 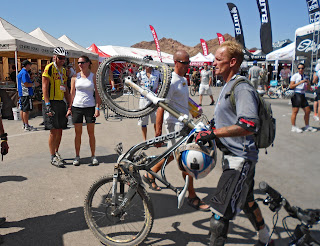 The Outdoor Demo is not all sugar and spice. Here we have a downhiller who obviously pushed the limits of this wheel. 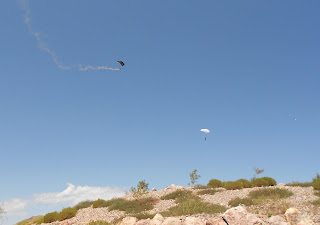 These 2 were paragliding all day long to promote GoPro video cameras. 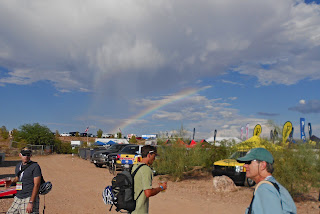 Rain made a quick appearance late in the day. Hence this pretty rainbow.
awwwwwww
No comments: 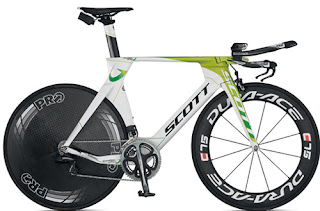 
More Interbike news... This time the uber easy-going duo of Tim Johnson and J-Pow line up for some good hearted entertainment:


The Interbike opportunities are rolling in....
Studeo DNA is going to be running a special on full custom molded Bont Shoes...
More info Here
No comments: 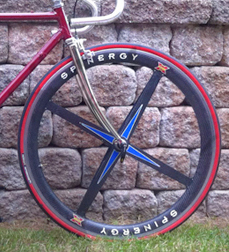 
Epic Man endeavors are sweeping the east coast of the USA and aim to redefine what it takes to be a Rockstar ( All while raising funds for good causes ! ).... Check them out here 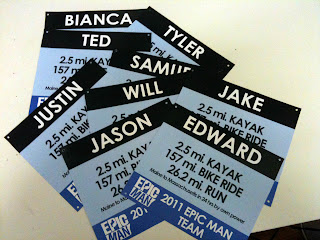 
More cycling related start-ups that need some seed money, in case you have some shekels lying around.... Here
No comments: