posted by Matty Clark
No comments: 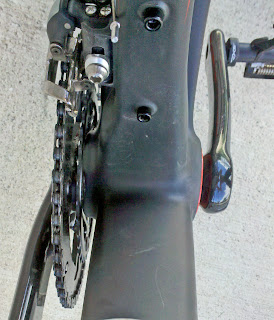 
Fresh baked croissants, the Eiffel Tower, the Polka dot jersey.... And now you can add this video to the list of the things the French get right.

posted by Rattatatat
No comments: 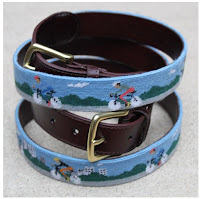 
Looking for a great deal on a new saddle. Check out the Carbon railed Serfas Phantom Here. 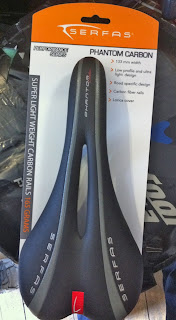 Serfas for years has been quietly toiling away at bringing cyclists products from Taiwan with great quality to deal ratios. Popular opinion about such products has gone up but the low Serfas price points haven't. This lightweight model can be had for just over $150.


Brotha gotta get paid!
A great site on cycling the amateur sponsorship process.... Here
No comments:


If ever you needed a reason to go to Wyoming..... Jackson Hole gets a new bike park.... Here 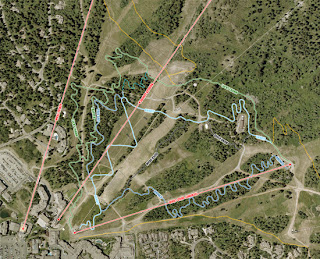 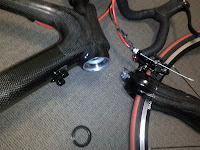 "We have become aware of several counterfeit Pinarello frames making their way into the United States. Some of these frames are branded and painted to look like a Pinarello, but have obviously not been subject to the strict quality control and testing that genuine Pinarello frames must go through. Examples we have uncovered are easily recognized as they do not have Italian threaded bottom brackets, do not use proprietary Pinarello headsets and with imitation Dogma frames, accept a traditional round seat post.
Typically these frames are being supplied without the small parts, such as the bb cable guides, the seat post clamps and, in some cases the rear derailleur hangers. Genuine Pinarello parts typically do not fit on these frames.
Gita and Pinarello urge all dealers not to supply any parts or labor to these frames as doing so could place liability on the shop should any legal claims arise.
It is important to realize these are not Pinarello frames, are not made in the Pinarello factory, are not made from the proprietary materials that are only available to Pinarello and are not subject to Pinarello's stringent quality controls. Therefore, they will in no way perform like a Pinarello bike nor can their safety or suitability for use be determined.
Since the origin of these frames cannot be determined there is almost certainly no manufacturer's warranty or liability insurance in place to protect buyers in cases of catastrophic failure. There are several instances on the internet of failures of counterfeit frames. As always, to be certain that you have a genuine Pinarello, be sure to deal with an authorized Pinarello dealer."
1 comment: 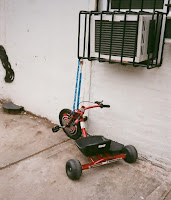 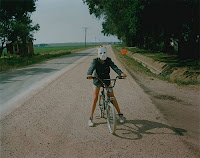 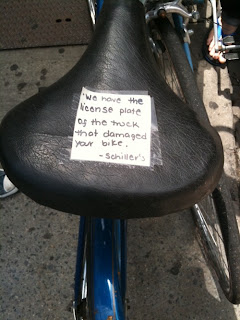 
An interesting display of the evolution of Apple ads....Here
No comments:


" to race bicycles is to drink greedily from a bottomless chalice of agony."......

The Canadian Journal "Walrus" gets all literary with Ryder Hesjedal and the sport of cycling and we say it's worth a read..... Here
No comments:


"Rockstar" can mean a lot of different things depending on the type of bike owner you are talking to. Check out this awesome collection of "Priti" bikes from Panama.... Here 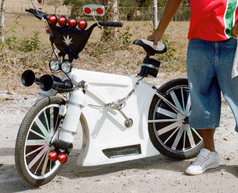 
Leave it to the Europeans.... Some awesome footage of a womens Sprint World Cup MTB race.


Science !
Better steel for bikes perhaps down the road..... Here

Bluetooth equipped heart rate straps that can communicate with your smartphone..... Here
No comments:


Adding more fuel to the ongoing fire of doping in cycling, Outside Magazine has an article written by a masters racer who took Testosterone and reported about it..... Here

posted by Peter Kenny
No comments:


Awesome advert for a theater in Texas (NSFW cause of language):


From the Onion Network: 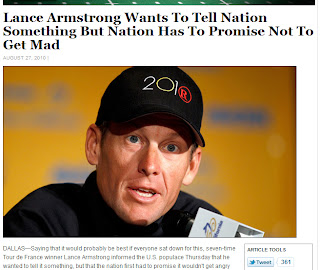 
New water bottles fit for a Rockstar...... Here
No comments:


Awesome video about the bikes, cops, nyc and bike lanes!


posted by Matty Clark
No comments: 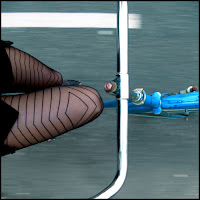 
Basketball catching up with what cycling has known for a long time now...... 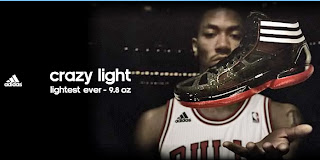 And an impressive video to back it up: 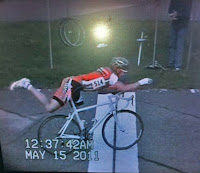 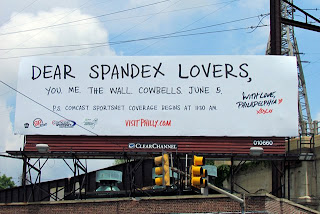 
How'd they do this you ask? 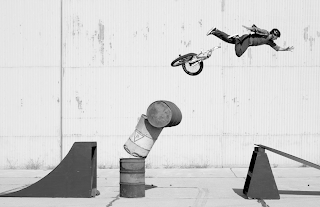 Aim for barrels, intentionally bail off bike, land in foam pit out of frame. Easy...
It's an awesome shot


Are you the type who always has something to bark out to others on the training rides???
Save yourself some work and get one of these.


Good to see non-cyclists noticing the benefits of medium sized cycling events on the community.
This from Killington Stage Race:


Here is a good string of comments from mostly Colorado racers about amateur doping....
No comments: