.
.
.
In case you missed it amongst all the other stuff going on yesterday....

He claims that during 2003 Lance asked him to stay in his Girona, Spain apt because Lance didnt want a refrig to fail while was away. The Frig had Lance's and Landis' stored blood in it.

Really!? Lance, having won the last 2 tours, would be dumb enough to leave an apt and let someone else ( teammate or not, it doesnt matter ) stay in it along with terrifically damning evidence right there in the ice box for a couple of days!? With no one to watch perfect saint-I'm not jealous of Lance's success-Landis ?! Really!?

Makes no sense.... Unless it is the detailed stories of a known liar trying to come up with a solid "his word against mine" case.
No comments:

.
.
.
Well, at least there's a silver lining to all of this. We can go back to doing shots of Jack Daniels after long, hard days in the saddle without fear of tripping a false positive. Thank you Floyd.
No comments:

.
.
.
Quote of the week coming from Joel Friel:

" I’m afraid we have been led to believe that we must use exotic food and drink products because we’re athletes. That may be good for the manufacturers’ bottom line, but it really isn’t necessary for most athletes’ training and performance. "

posted by The Shelbitron7000
No comments:

.
.
.
It's no secret we are fans of the lovely Miss Liz Hatch round these parts.... She put out a cycling video a little while back and here is a chance to test your Tour of Cali predictions AND have a shot at winning a copy of the movie..... Here
No comments:

.
.
.
Our own former New Englander, Chris Johnson, answered some reader's questions ahead of the tour of Cali... Here
No comments:

.
.
.
A neat schedule of the upcoming CX season in the Northeast.... Here
No comments: 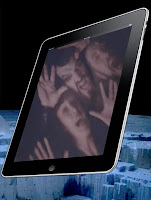 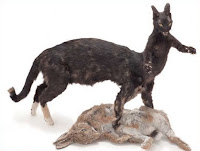 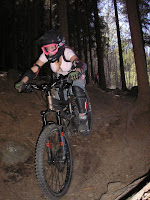 .
.
.
Very rarely do we post anything to reveal our ever constantly maturing geekdom, but this news about the newest Android operating system soon to be released is note worthy.

Basically it will be 2-step, no-hack, ever so easy to create a WIFI hotspot for your laptop\CPU using your Android phone's 3G signal... A quick come-to-mind benefit is ALWAYS having free Wifi at ALL airports because pretty much all airports enjoy a 3G signal.

.
.
.
We've been using this product for the last few months before longer rides. More info on it soon, but it shows promise from our experience with it.
No comments:

.
.
.
A great little item from FSA for all the carbon frames these days with integrated seatposts... 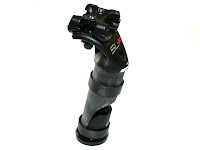 .
.
.
In case you missed it, the Bike Snob NYC was on NPR's On Point radio show... Here
No comments:

Surprising that skinsuit offers the most time savings.... We knew about the shoe covers!
1 comment: